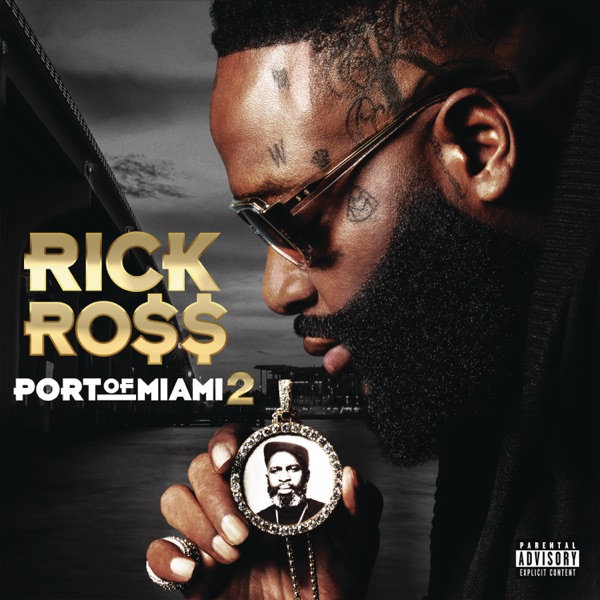 [Intro: Rick Ross]
I told her that she can’t fuck me like a king no more
I told her she gotta make love to me like I’m an emperor
An emperor
Man, I done got money everywhere nigga, but particularly that Turnpike south
It’s really a blessing to a young nigga like Renzel

[Verse 1: Rick Ross]
Indictment on the way, got Sadow on the case
When you get your first kilo, it should be on your face
Nigga movin’ like the Mob, hundred thousand Francs
Dry land when you wanna be out on the lake (Swish)
Determined to be one of the fortunate men
Bitches come from everywhere, once the hustlin’ commence
I see you prayin’, testifyin’, forgotten the time
Bottom line, your cars should get shot up like it were mine
20 round but the voodoo, let no harm be allowed
My voodoo, they all know the spirits when I be aroused
Made it to Star Island, started with a nickel rock
Who thought a project nigga get to get a yacht?
Two million dollars cash in the Range Rover
Opa Locka airport, let’s get the plane loaded
I put it on the Turnpike
Gold rims, whip wheel, blue bills, duckin’ the termites

[Skit: Rick Ross]
I’ma let one of my bad bitches tell y’all how much paper I got
Baby, what we living like? Twenty houses
What else? Fifty cars
Yeah, what that make you feel like?
Priceless baby
Uh, you live for me? Everyday
You would die for me? Right now
Uh, double MG

[Verse 2: Rick Ross]
Turnpike, real earner, Ted Turner (Me)
Whip it in the kitchen, that boy was a fast learner
Time to live it up, two million tucked in that new Bentley truck
Ain’t too many I can trust so shooters is a must
I reminisce when it was hit or miss
I was innocent until I hit a lick
Seven figures on a nigga mama couch
Don’t want to hear nobody talkin’ ’bout a drought (Boss)
I’m chilling in a yacht in my Mitchell & Ness
Stitches in my britches, 57S
Swishers, you can smell ’em on the internet
Ain’t beefing with nobody ’cause I’m killin’ that
I toss the pistol on the car chase (Woo)
Then walked into the church just like the boy Mase (Lord)
I’m the man out in Barcelona (Boss)
Got a couple of bad bitches out in California

[Verse 3: Rick Ross]
Go get a room right out of town, and I’m in Oprah’s yacht
I’m making move with all my rounds, you better call the cops
Second weekend, I just had to go buy me a drop
Slick remarks and I’m in county, yeah look at him shop
Cold games, I gotta step out, I’m on ’em in furs
Gil Green, the way I capture the moment with words
City mine, I keep the killers to fill up a church
Swear to God, a quarter kilo won’t get you a verse
Bring mine, stay on time, and that’s where we resign
Meanwhile, we’d be having such a meaningful time
Spiritual nigga, baptized up in G5
With bad bitches who idol still with Nicki Minaj
Rags to richest, now I move with beautiful women
Newfound, new beginning, one day that I grew to be winning
If you looking for me catch me on the Turnpike
And when you see me, I’ma show you what this work like, nigga

Most Downloads This Week

Scroll back to top